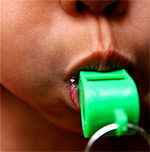 The NDP are at it again.

They are ignoring the suggestions of rural Alberta about their own healthcare, and instead think that the big city NDP politicians know best.

This is ridiculous because:

But the Alberta NDP aren't satisfied.

This motion ignores these struggles.

This is why common sense Albertans must stand up against M-514. The crazy experiment in unregulated, unlimited, and tax payer sponsored abortion is devastating.  There are actual, life saving, needs in rural healthcare, and we can no longer afford to ignore them.

Help send the NDP a message and sign this petition!

Please check your e-mail for a link to activate your account.
Sign the petition Make a Contribution Spread the Word